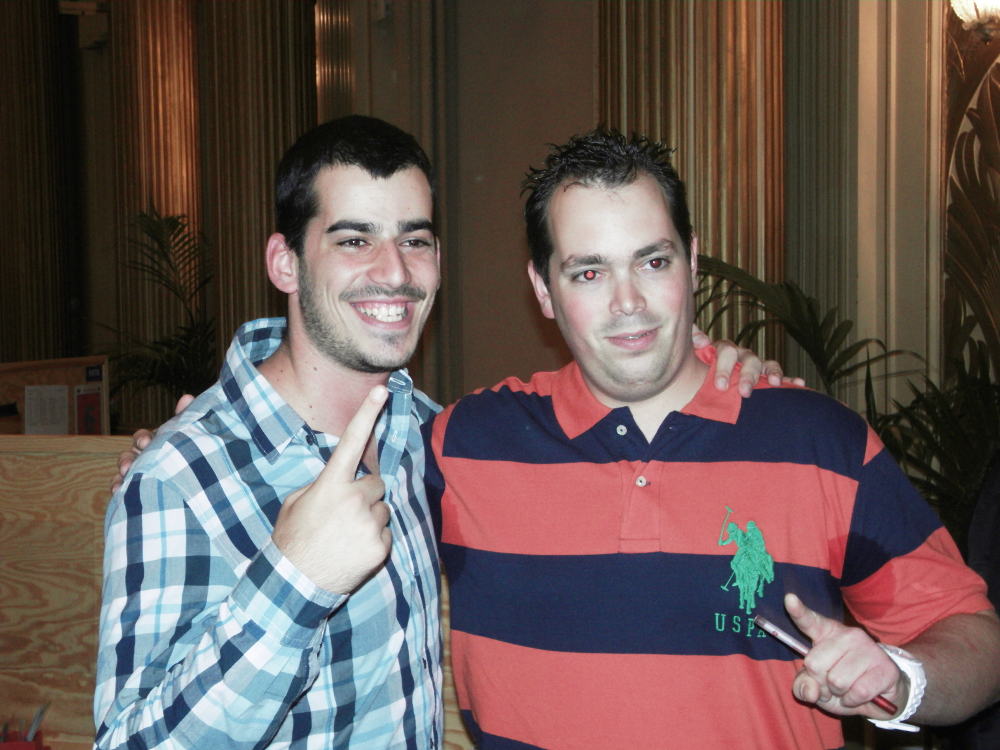 Some of the Story by Boye Brogeland

Some of you might recognize my name after the earthquakes in the bridge world the past couple of weeks. For those of you who don’t know me: I am 42 years old, married with two kids (10 and 1 year old). I live in Flekkefjord, Norway and grew up in a small town nearby called Moi. My grandparents taught me bridge when I was 8 years old, and I have loved the game ever since. I am an editor and owner of a bridge magazine, write a daily bridge column in Dagbladet and have played for the Norwegian Open Team since 1996, winning the Bermuda Bowl in 2007 and the European Championships in 2008 as the very highlights. I have played in American Nationals since 1999 and have won a few North American Championships.

For the two previous cycles I played in the Schwartz team with Lotan Fisher and Ron Schwartz as team mates. Our captain Richie Schwartz played with Allan Graves. In five of the six Nationals I partnered Espen Lindqvist, and in the last I played with my former partner Erik Sælensminde. Team Schwartz won the 2014 Spingold, the 2014 Reisinger and the 2015 Jacoby Swiss, in addition to other good results.

I felt I had a good relationship with the young Israelis that joined the Schwartz team in the summer of 2013. They seemed as likable guys, though they were quite different; Lotan brash and outspoken, while Ron was more humble and quiet. We went to lots of dinners together, with Sushi as my and Lotan’s favourite. In April this year I played with Lotan in the Yeh Bros Cup in Shanghai in the Vitas team. We were friends.

I heard cheating rumours about this pair from many people. My general impression is that there is very little plain-out-cheating in bridge (only against an Indonesian pair many years ago I felt “stolen” from, but Norway still prevailed in those matches), so I didn’t believe (or wanted to believe) that my team mates and friends would be up to something. If I knew I just wouldn’t have continued playing with them. I also encouraged them to keep their game totally clean and to go out of their way to avoid further rumours.

Bad ethics, though, I have experienced on numerous occasions, but that’s a different breed. Of course we should all try to play up to our highest standard – this is actually something that Espen and I focus on – but in a partnership game like bridge you will always be faced with some sort of a grey sone.

So why didn’t I refuse to play with Lotan and Ron with all these rumours swirling? Well, I like to judge characters on my own. Give people a chance to prove themselves different than what some people claim. In bridge there are many “circles” within the professional circus, and each circle seems to have some rules for themselves and other rules for the rest of the world. That’s not right. Nobody is above the game.

Because of the rumours I did my own little investigation from time to time. When their action(s) didn’t fit my bridge logic, I asked them: “What was your logic on this hand?” They always had a quick answer, but their responses still kept me on my toes.